Apples and honey, or honey and apples? 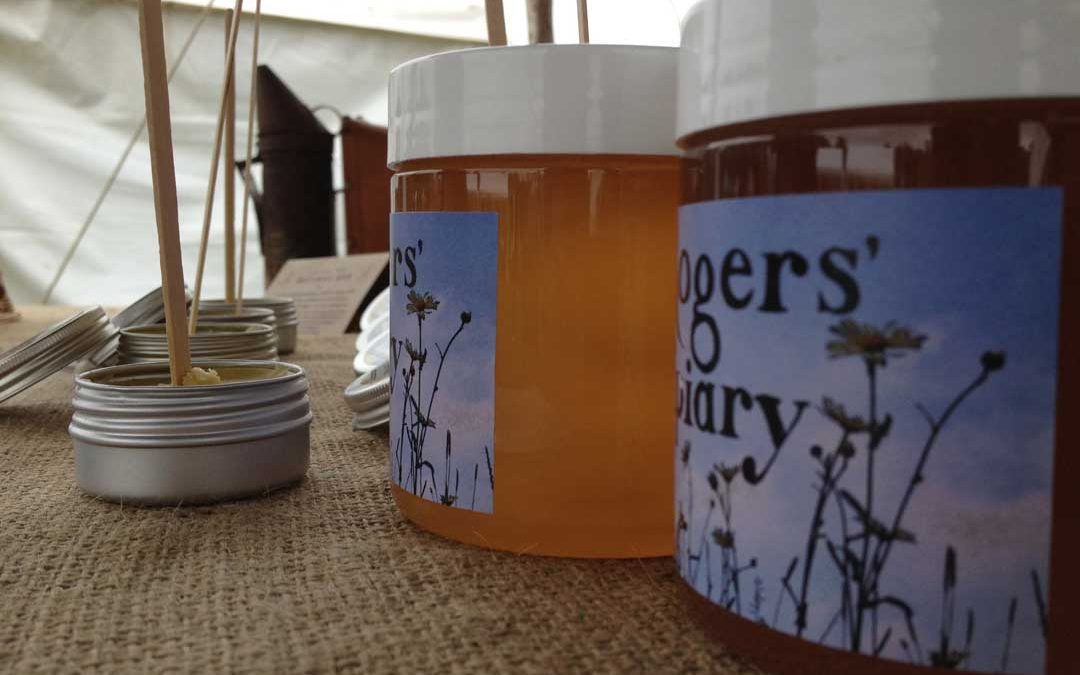 Whichever way you want to look at it, in the autumn we’re surrounded by piles of cyder apples and pools of golden honey.  It could be worse.  Last weekend, we sold alot of honey and cyder at Eat Dorset Food Fair.  A great weekend in Dorset, tasting other people’s fine food and drink.  Our honeys did wow visitors, some of whom went from “I just want a jar of honey, they’re all the same aren’t they?” to “I can’t believe they’re so different!”  There wasn’t alot to bring home, which we were grateful for at the end of the weekend.  It’s a fun way of challenging common perceptions of a product, just let people taste it for themselves.  The Chilcombe honey – from a hilltop garden overlooking Lyme Bay – won customers over with it’s subtle depth, whilst the Waytown Orchards had a citrussy piquancy, which Mark says probably comes from the propolis in the honey at this time of year – the bees are lining their honey cells with it, so he says.  If you think that all sounds a bit poncy, come along to a food festival and see for yourself.

Philada Rogers
Production and Office at Filberts of Dorset
Co-founder of Filberts, Philada manages production and day-to-day operations in the office.

We use cookies to ensure that we give you the best experience on our website. If you continue to use this site we will assume that you are happy with it.OKRead more