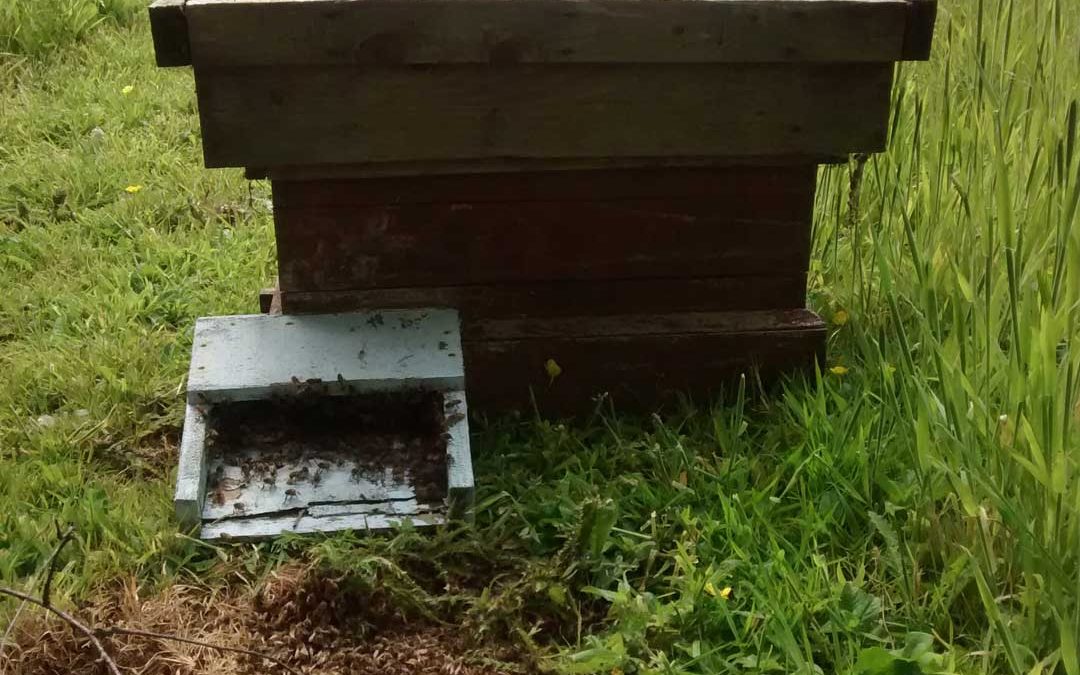 Nearly all the colonies have been split now.  Some of the new queens from this exercise will create more colonies for increase and some will replace the old queen and make larger stronger colonies for foraging once re-united.  Splitting involves opening a hive, finding the queen and removing her to set up a new hive close to the site of the existing hive but facing in a new direction.  This hive has to have some sealed brood, comb space for laying new brood and stores of pollen and nectar.  This hive is basically like a swarm, the sealed brood ensure that nurse bees remain and don’t all just fly back to the parent hive leaving the colony short of bees.  The hive in the existing position will now rear a new queen as if it had swarmed.

Mark Rogers
Beekeeper and Recipe Inventor at Filberts of Dorset
Co-founder and beekeeper at Filberts, Mark also invents the recipes for each product.

We use cookies to ensure that we give you the best experience on our website. If you continue to use this site we will assume that you are happy with it.OKRead more